We have rescheduled the Harvest day to take place on Saturday next, 6th Aug. Activities will be starting about mid-day and we will have a fine selection of vintage cars, tractors and commercials on display. We will have tillage with vintage machines, competition ploughing demonstrations and of course combines, trailed, self-propelled and also a range of the most up to date modern machines. Fingers crossed for a fine day! We look forward to seeing you in Ballinspittle.

Last year the club was delighted to be able to give funds from our Harvest Day to The West Cork Fundraising Community whom since 2018 have been working towards raising enough funds to buy a tractor and other farm machinery for Fr. John Kingston’s mission in Mozambique. Clonakilty native Fr. John Kingston has been working in Mozambique since 1990, focusing primarily on helping the local community to farm.

The mission has been granted a significant plot of land (approximately 100 hectares) in Chimolo, which, if it goes unused will be taken back by the state, this would result in the eviction and loss of livelihood of a number of locals. We were delighted to hear back in May that the mission has now taken possession of a new tractor and implements to enable them to properly farm the land. See pictures of tractor arriving.

Earlier in June, we received some more pictures of the tractor, this time actually at work on the mission farm. We wish Fr Kingston the very best in the work he is doing helping the farming community in Mozambique. 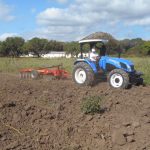 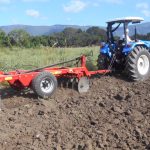 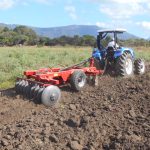 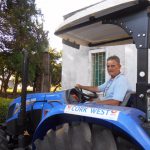 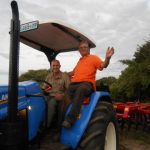 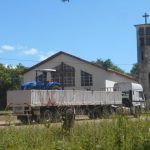 The De Courcey club was very saddened to hear of the unexpected death of Paddy McCarthy on the 1st of May. Paddy and family generously hosted the 2015 and 2016 Harvest working days on their land in Ballinadee.

Both days were a huge success owing in no small part to the enthusiasm which the McCarthy’s took on the event. A great supporter of the Club Paddy will be sorely missed! We extend our deepest sympathy to his wife, family, friends and neighbours.

May he Rest In Peace.

Paddy’s family have set up a Go Fund Me account to raise money for Pieta House in his memory.

Follow this link if you wish to donate. https://www.gofundme.com/f/2dkjma-darkness-into-light-sunrise-appeal 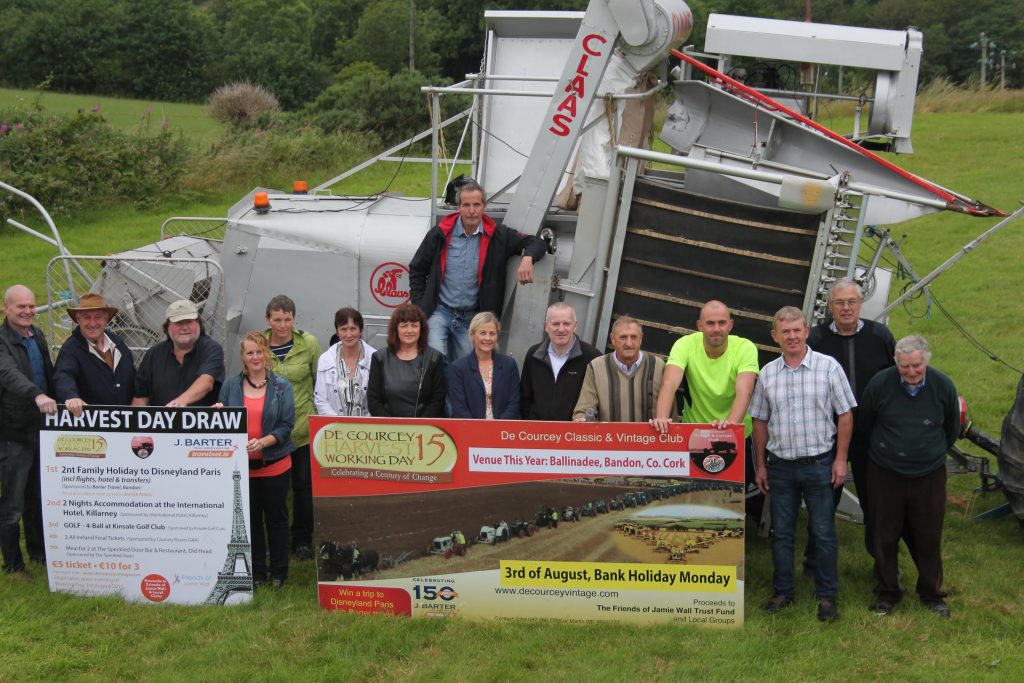 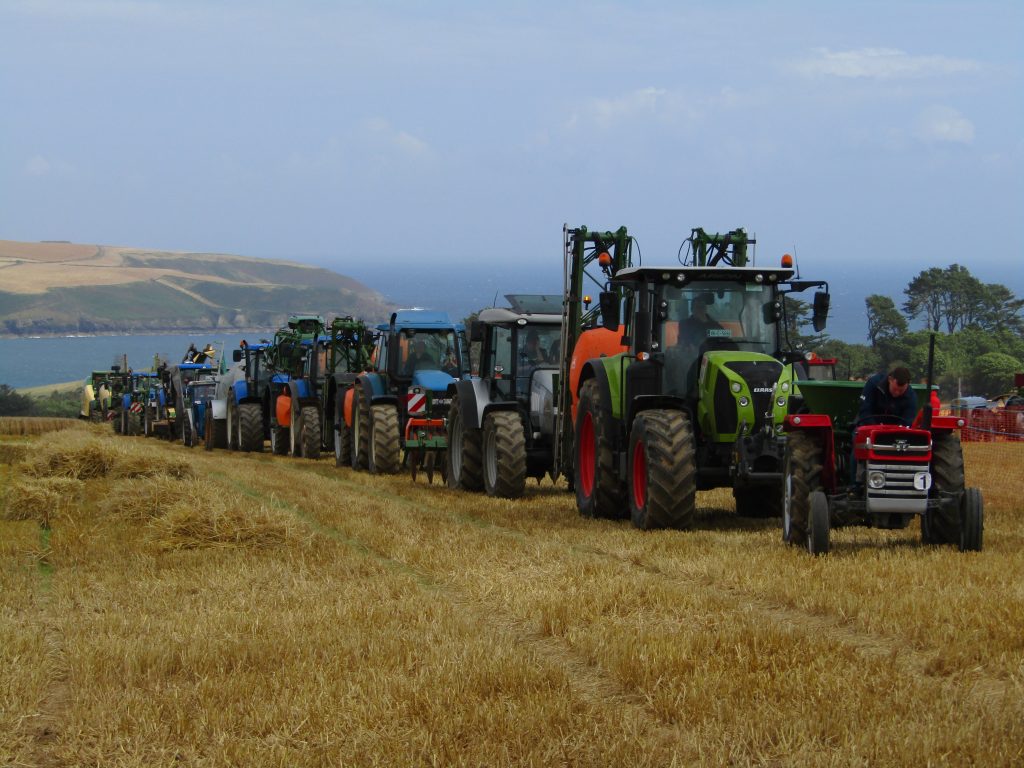 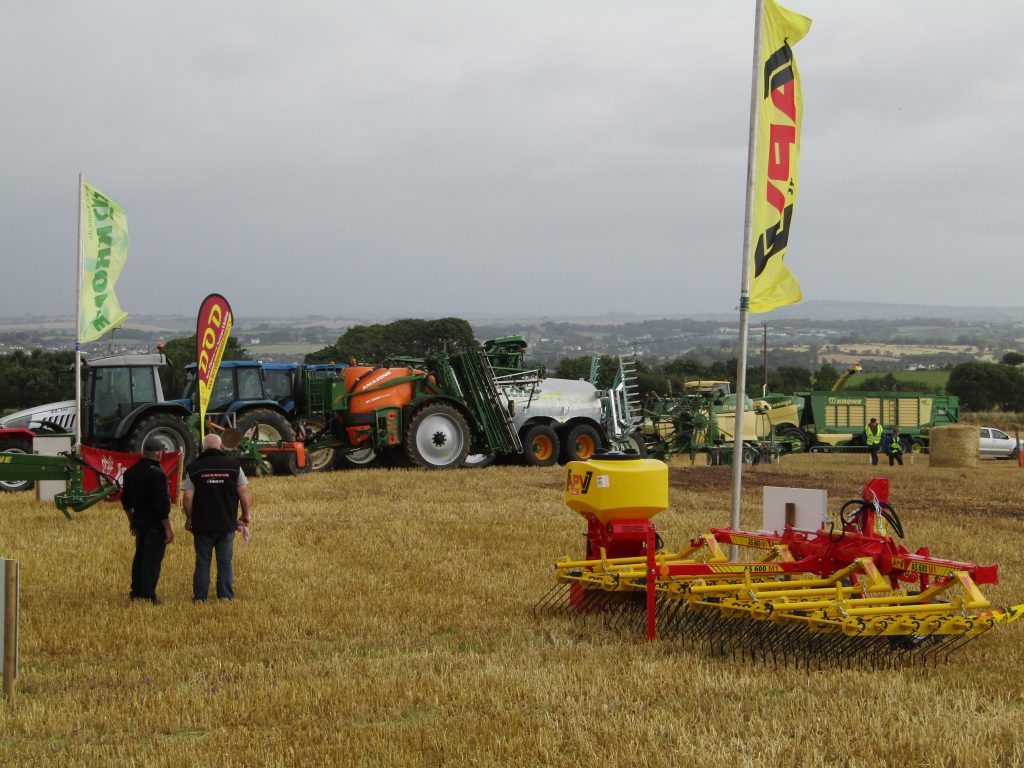 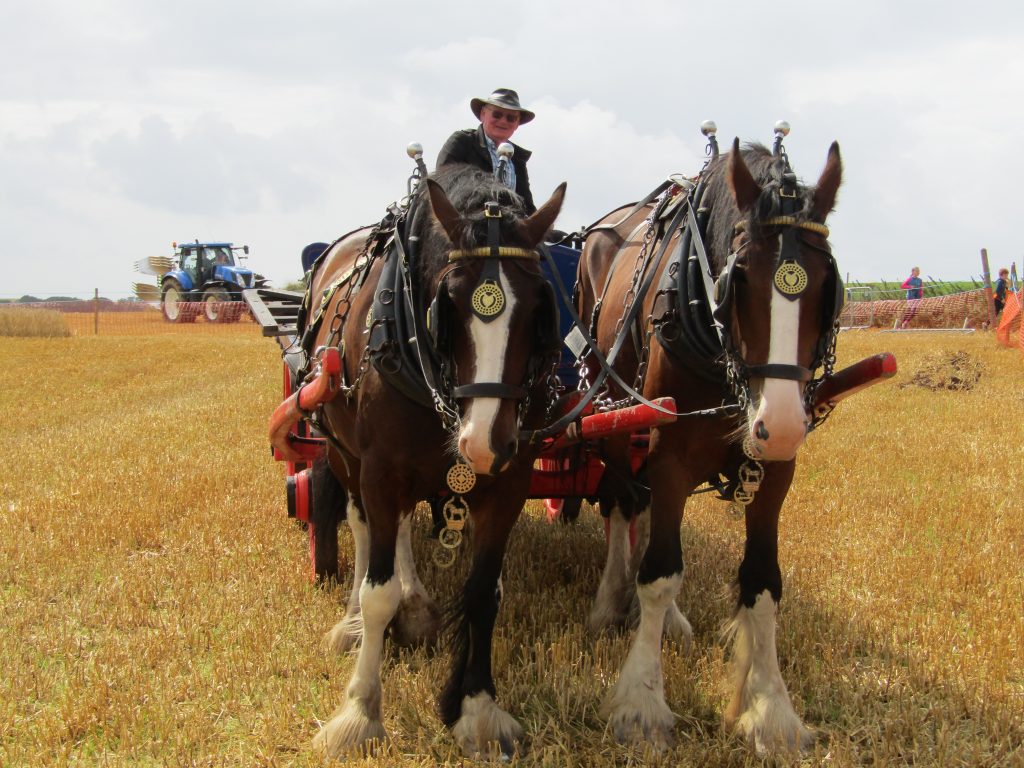 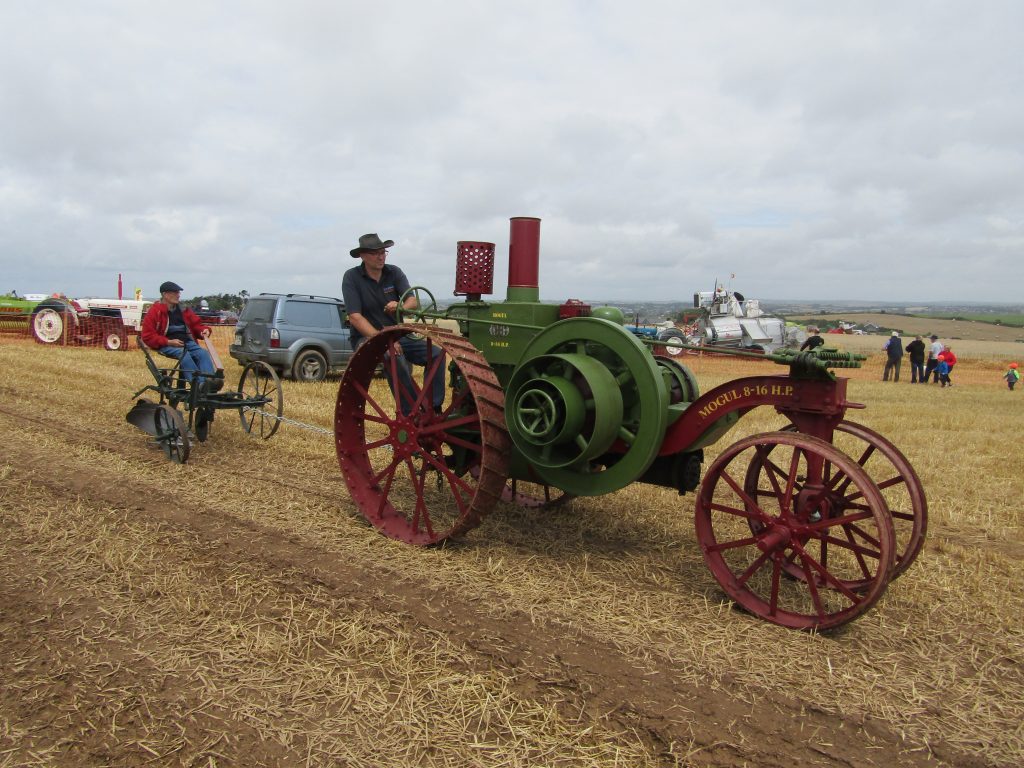 This year’s De Courcey Harvest Day will be held on Bank Holiday Monday, August 5. The location will be Sandycove, Ballinspittle, Co. Cork.

Farmhand – the distributor of well-known machinery brands such as Krone, Amazone and Quicke – is the main sponsor of this year’s event, in conjunction with local dealer Derry O’Donovan Machinery.

The De Courcey Harvest Day began back in 2011 as a working demonstration; it’s now described as a “national event”.

Read the article in full at https://www.agriland.ie/farming-news/mix-of-new-and-old-destined-for-de-courcey-harvest-day/

Fill in the form below

A Chara, Thank you for supporting our harvest working day and vintage rally.

Please take time to read our safety Terms and Conditions and register your entry at the secretary’s office. 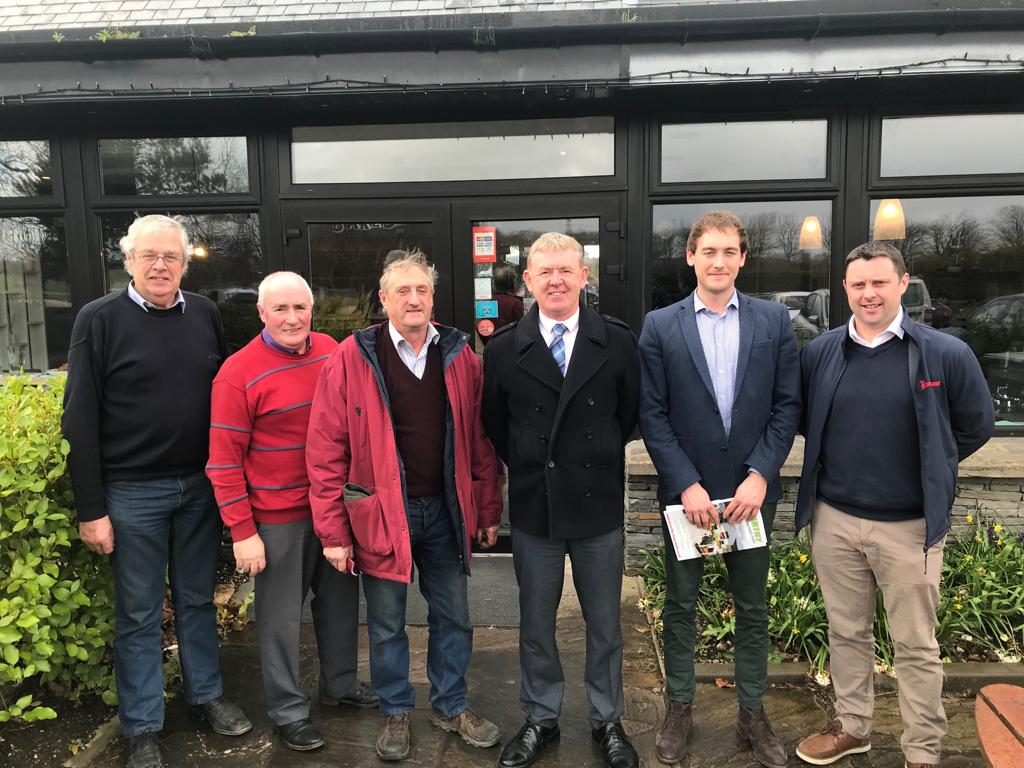 Our first meeting of 2019 was held in Corcoran’s Bar Ballinadee on the evening of 25th February. The year ahead was discussed and a few events decided upon. March will see the running of our tillage day.  This event is not a public event but instead a day for members and friends of the club to get together for a bit of vintage tractor work and socialising. A number of St Patrick’s day parades will be taking place locally and the Club will participate in the parades of Bandon, Kinsale and Courtmacsherry.

Following the success of our May tractor and car run in 2018 we will once again be taking to the highways of West Cork on Monday 6th May .Vehicles will gather at the Church car park in Ballinspittle from  Mid-day and depart at 1 P.M. sharp. Cars and tractors will follow different routes.

Our main event in 2019 will be the Harvest Working day on the August Bank Holiday. This year the Holiday is on Monday 5th. A new location has been kindly offered by John O Donovan and family in Sandycove, Ballinspittle. The site is particularly picturesque overlooking the sea at Sandycove and well suited to hosting the working day. Monies raised will be donated to the Fr John Kingston Mozambique project, Ballinadee National School, DeCourcey boxing club and Ballinadee Community Hall.

De Courceys are delighted to have Farmhand Ltd (Ireland’s largest independent machinery distributer) as a partner for this year’s harvest day. Farmhand a family owned business, operating since 1962 are a farm machinery and farm merchandise distributers with a network of over 40 dealers in Ireland.  Farmhand are exclusive importers for many brands including Krone and Amazone. We look forward to working together and putting on a great show in Sandycove in August.

The year will finish up with our annual threshing in Ballinadee on the first Sunday in November. The threshing at Corcorans Bar in aid of Arc house cancer support will be preceded by a tractor run from Ballinspittle.

As usual up to date information is available on www.decourceyvintage.com and our FB page.

Highlight of the 2018 Harvest day in Kilbrittain was the simulated farm accident. Spectators were horrified to see a man becoming trapped in the intake auger of a combine harvester when trying to clear a blockage in the header. Luckily Dr Jason van der Velde from West Cork Rapid Response was on site as were members of the H.S.E. ambulance service, and Coastguard.

Dr Jason explained the actions being performed to extract the victim from the machine. Using his DART philosophy( Disengage, Analgesia(Pain Relief), Reverse and Tourniquet) the casualty was safely removed from the combine treated and removed from the site. Jason then answered questions from the audience. Many thanks to everyone who participated in this excellent demonstration we hope it will raise safety awareness and also inform people of what to do in the event of an accident happening. 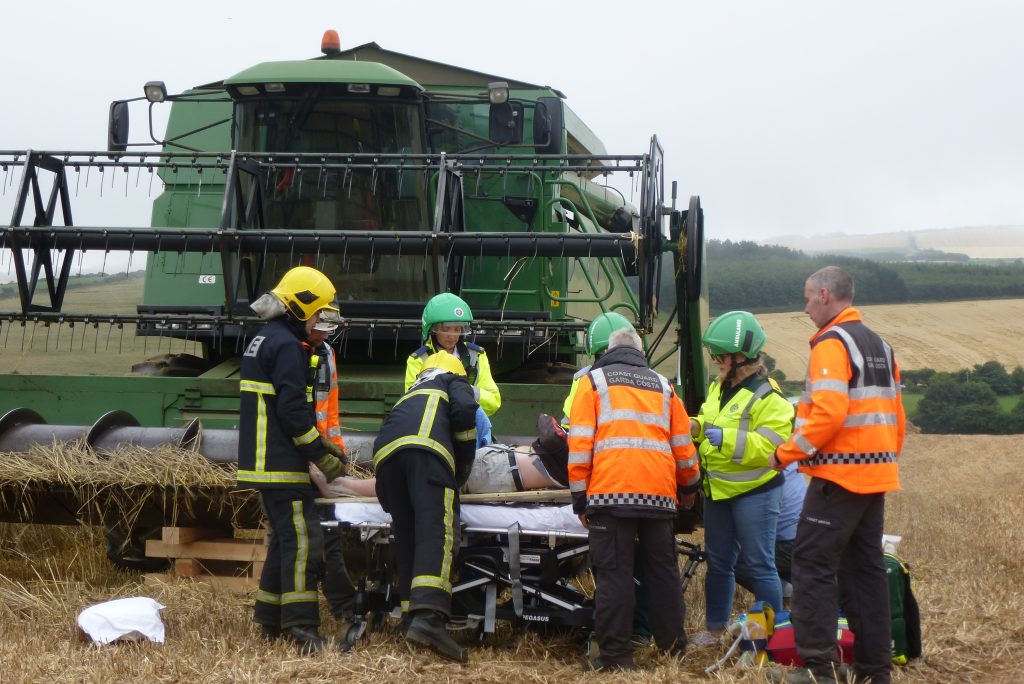 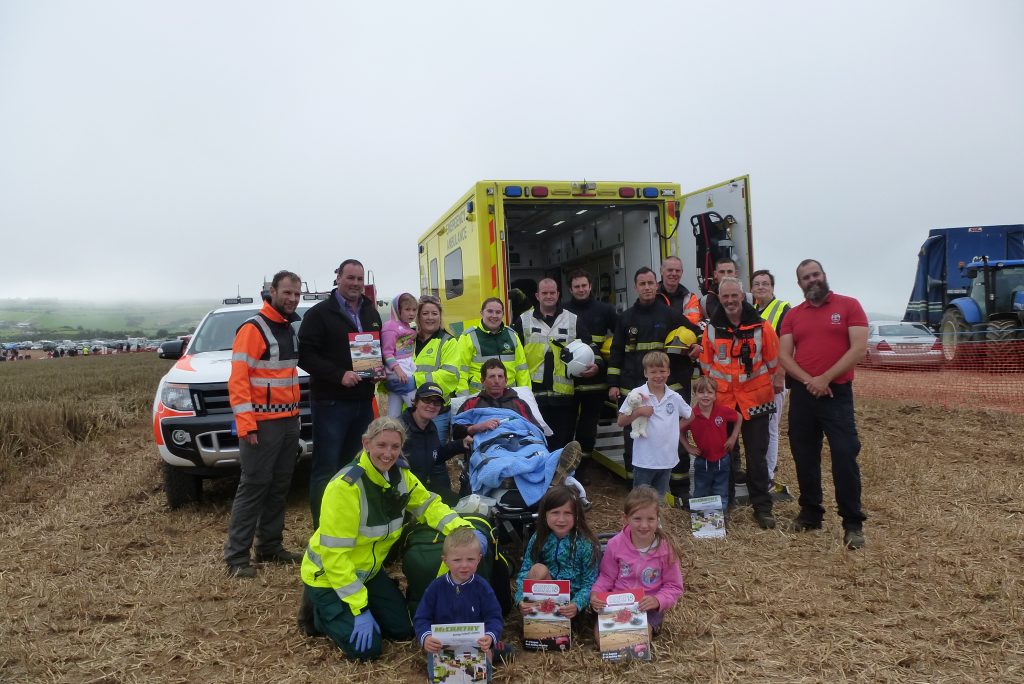 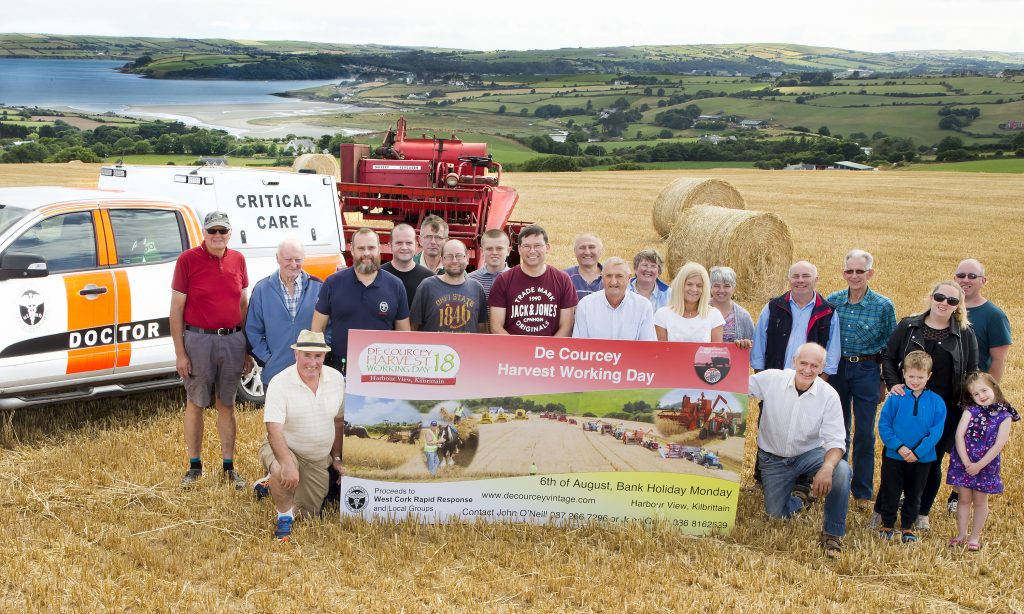 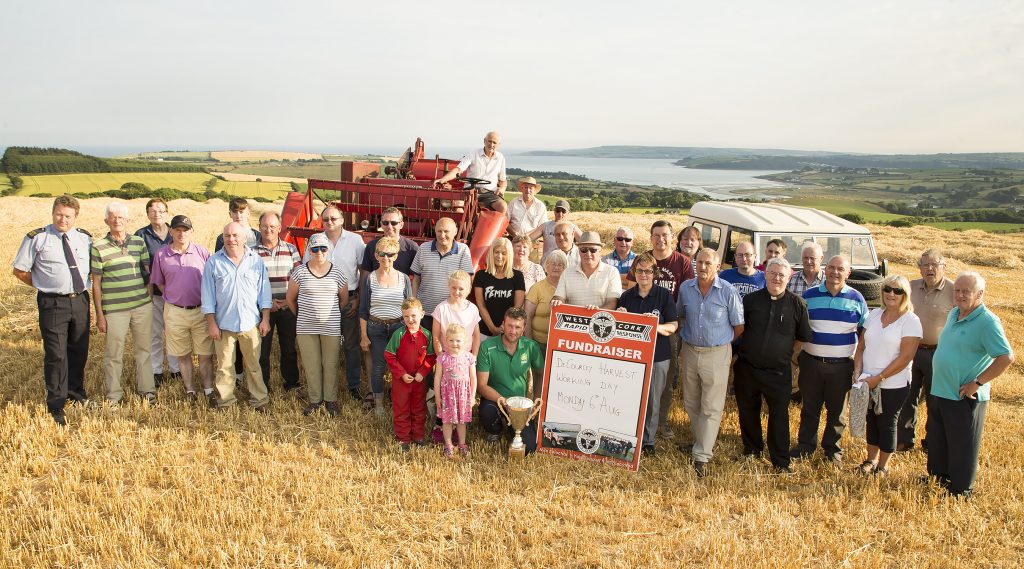